Entertainment Checklist Category is a place that shows all the new checklists, reviews or galleries for any new Entertainment Trading card products that are released.

Entertainment Trading cards encompass anything from old movies, tv shows or anything with characters or stars. Many companies create entertainment cards today with the major ones being Upper Deck, Panini, Rittenhouse and Cyptozoic.

There may also be some nice entertainment checklist over on our sister site at Breakninja.com often with plenty of pictures to see what kind of cards are possible in each product. 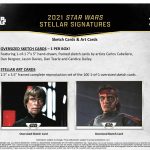 2021 Topps Star Wars Stellar Signatures is a high-end entertainment card checklist that offers fans 40 autographed cards in every hobby box. The entire product run is limited to a total of 100 boxes and has an approximate retail price of $12,000USD. In addition to the autographed sets, boxes also offer a full base set […] 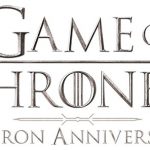 2021 Rittenhouse Game of Thrones Iron Anniversary Series 2 is the follow up to the Series 1 release. Together they celebrate the 10th anniversary of the start of the HBO phenomenon, which saw fans around the world tuning in to watch. Like the initial release, Series 2 offers a mix of base, autographs, relics, sketches, […] 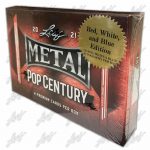 2021 Leaf Metal Pop Century is an annual release that features a variety of celebrities and athletes, many of whom have signed autographs for this release. The set offers several different classes of autograph cards, as well as a few different memorabilia sets. Most of the sets also have a large number of parallels included. […] 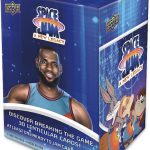 2021 Upper Deck Space Jam A New Legacy is an entertainment set dedicated to the new Space Jam film. The set is making its initial release as a retail blaster set, however a hobby format set is scheduled to be released at a later date, along with an ePack release. The release features a base […] 2021 Topps Chrome Star Wars Legacy is the latest release to feature the popular franchise of movies and television. This release focuses on more recent releases, staying away from the original run of films. Like all Topps Chrome releases, this set features the Optichrome technology which allows for a shinier and flashier looking finish. As […] 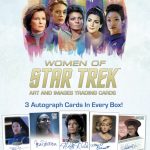 2021 Rittenhouse Women of Star Trek Art & Images is a set that, as the name suggests, celebrates the women of the Star Trek universe. It draws from throughout the Star Trek saga, spanning from the Original Series, all the way to modern series and movies. The set includes a moderate base set that features […] 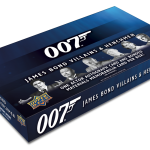 2021 Upper Deck James Bond Villains & Henchmen is an entertainment card checklist that draws from the entirety of the James Bond franchise. It offers a mix of base, autographs, relics, and insert sets that offer a fun and interesting set for fans of the franchise. The release follows up the 2019 James Bond release […] 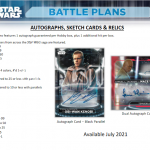 2021 Topps Star Wars Battle Plans is a set that is dedicated to the many battle scenes that have occurred over the decades that the franchise has existed. Drawing from the full Star Wars saga, including all three trilogies, the release assembles base cards featuring several iconic scenes, such as the destruction of the Death […] 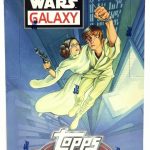 2021 Topps Chrome Star Wars Galaxy is a new brand that brings Topps’ signature chromium finish to its Star Wars line of trading cards. Given the breadth of the Star Wars line, it is a bot of a surprise that Chrome has not yet made an appearance, but it is a logical move for Topps. […] 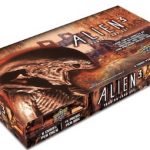 2021 Upper Deck Alien 3 is the latest release in the Alien line of cards. Originally planned for a 2019 release, the set has been long delayed and only appeared in April of 2021 and was released on ePack in June. Hobby boxes offer a total of 3 hits each, including an auto or sketch […]