2019-20 SP Game Used CHL is a new release from Upper Deck, and the second CHL release of the season. This brand uses the same style and focus as the regular SP Game Used offering, but uses CHL players rather than NHLers. The set is much smaller than the main SPGU, comprising of a base […] 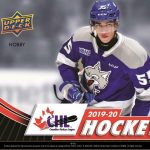 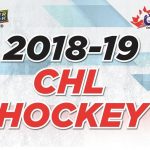 2018-19 Upper Deck CHL Hockey is a product that is in its second year of production. Last year’s debut release saw significant popularity, especially on Upper Deck’s ePack platform. The affordable set offers up cards from across the Canadian Hockey League, with all of its sub-leagues being represented. The CHL has a total of 60 […] 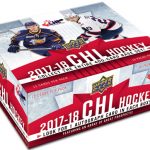 2017-18 Upper Deck CHL marks the company’s return to Canada’s top junior hockey league. In recent years Leaf has help the license for the CHL, but Upper Deck has reacquired exclusivity to the league and looks to have created a decent product. Fans of local junior hockey teams across Canada will be happy to get […]